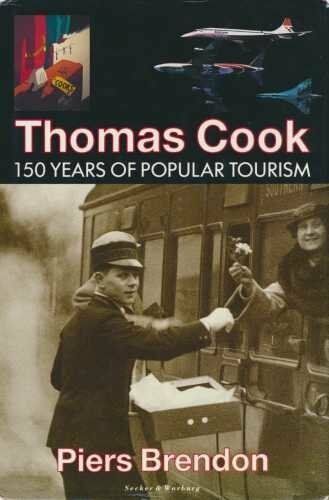 This week the collapse of the UK travel giant Thomas Cook made global headlines. While tourism experts discuss all the possible reasons for the firm’s bankruptcy, there is one very interesting fact that is hard to ignore: Thomas Cook failed despite being an iconic brand.

So, do we need to conclude that branding is useless?

Before we answer this rhetoric question (tip: most answers to questions in article headlines are “no”), let’s recall what happened when another brand legend, Kraft Heinz, announced huge sales losses and write downs:

Several experts argued that the main reason for the reported struggles was that Kraft Heinz has been cutting their costs too much.

Why is this interesting? Because in the case of Thomas Cook, the storyline seems to imply that the company has not sufficiently restructured itself and should have cut more costs.

Obviously, both examples are strong simplifications. Kraft-Heinz’ losses are as much evidence for failed investment in brands as Thomas Cook is evidence that strong brands don’t help the business bottom line.

There are so many factors that contribute to each organisation’s performance. The cases of Kraft Heinz and Thomas Cook share some similarities: strong brands underperforming, both had to manage big mergers in the past and are subject to unfortunate external forces (changing customer demands created by social or geo-political events).  However, then there are differences too: unique histories, product categories, markets and management.

Fact is that we have 2 observations (Kraft Heinz and Thomas Cook) but 100s of aspects that likely affected what happened to each organisation over the years.

To really understand the role of branding among other factors, we ideally would need to have 2 exact same cases where only 1 thing is different: the classic set up of an experiment (control/ treatment test). Alternatively, we would need a large sample of companies that are at least similar enough and where we can observe and measure most relevant factors – something that is hard to do in reality.

Running an experiment to investigate brand effects, which are likely to work over long periods of time, is not easy. But it’s not impossible either. The Australian insurance company IAG has announced that they will test the effect of brand building over 2 years in different regions. This will be one of the most interesting empirical investigations into branding.

We can only hope that this example encourages more organisations to acquire a true ‘learning and growth mindset’. While it’s fun to discuss individual cases, we need more evidence and less speculation to advance our knowledge.